It might seem rather amusing to the average person that a father was so excited to see his son walk that he tapped and sang a four four rhythm – one, two, three, four, as the little one struggled to stay on his feet and to walk without falling over.

Neuroscientist and musician Dr. Jessica Grahn also asked if music rhythms have an impact on movement. Her fascinating study showed that movement centers in the brain are activated whenever people hear musical rhythms. She is now using the research findings to help people with movement disorders to move.

About this Distrokid review My name is Mercedes Moss and I'm a music publisher. In this Distrokid Review, I will share how you can independently distribute your music to 150 stores worldwide. Distrokid was founded by Phillip Kaplan, an American entrepreneur and computer programmer (Wikipedia, 2019). Distrokid is highly respected in the industry, even by... » read more

Don's Song is a new instrumental music release to make you feel happy Don's Song to feel happy, is a joyful, fluid instrumental rhaspody composed by Lyndon Delano Moss. The mood of the song is intended to help listeners feel happy, skip, twirl and dance. A feathery light atmosphere is created by the musical sounds... » read more

How to Start Your Own Independent Record Label In 2019

What is a record label? The top question that visitors to this site ask is How to Start Your Own Independent Record Label. Therefore, let us begin by asking "what is a record label?" A record label is a company that creates and promotes music recordings and music  videos. These products are then packaged into... » read more

About this Ditto Music Review The purpose of this review is to present an overview of Ditto Music distribution service. Ditto Music is a distribution website where artists can release their mssic to all of the major music stores. Like Distrokid, artists keep 100% of royalties earned.' The Ditto Music family of artists and copyright... » read more

How To Prepare A Business Plan For Your Record Label

Best Way To Combine Songs Into One Track

Get Your Music Into 150+ Stores Worldwide

What is Singorama 2.0? Singorama 2.0 is a vocal techniques course that has been used by thousands of students worldwide to improve their voices. With over ten years on the market, Singorama 2.0 was developed by Melanie Anderson, an Australian award winning singer and vocal coach. Ms. Anderson believes that every human has a professional... » read more

How To Play The Guitar | Express Guitar Review

How To Soundproof Your Home Recording Studio For Cheap

Music Publishing: How Can I Publish My Music Independently?

How to distribute your music worldwide Many music composers become stuck after writing great music pieces and struggle to get sales and fans for their great work. However, this music publishing book is written as a handbook to guide all music composers on the steps that they need to take in order to get their... » read more 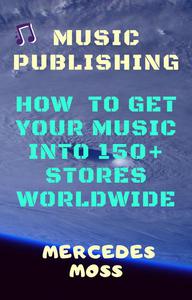 Do You Long To Break Into The Music Industry As A Record Label Owner?
You Can Start Your Own Independent Record Label Business In 2019
Enter Your Name And BEST Email In The Boxes To Register For Our FREE Course
Cookies
This site uses cookies to improve user experience. Click read more to review them.
Accept
Read more