About this article – music and the brain: how 12 brain structures respond to music

This music and the brain article explains how 12 structures of the brain respond to music. There are a plethora of research studies that show that many areas of the human brain are activated when music is heard. Additionally, these studies show that music has positive effects that include:

What are twelve of the brain structures that respond to music?

This information is primarily based on brain music research that is being conducted since 2006 by two University of Central Florida professors. They are neuroscientist Kiminobu Sugaya and world-renowned violinist Ayako Yonetani.

Sugaya and Yonetani also teach students how people with neurodegenerative diseases like Alzheimer’s and Parkinson’s respond positively to music.

The twelve brain structures that we will focus on in this article include the:

How the frontal lobe of the brain responds to music

The frontal lobe is located in the forehead. It is responsible for thinking, decision-making, and planning.

The frontal lobe in humans is very important. Its size is much larger than that of animals. Listening to music helps to enhance human ability to think, plan and make decisions. 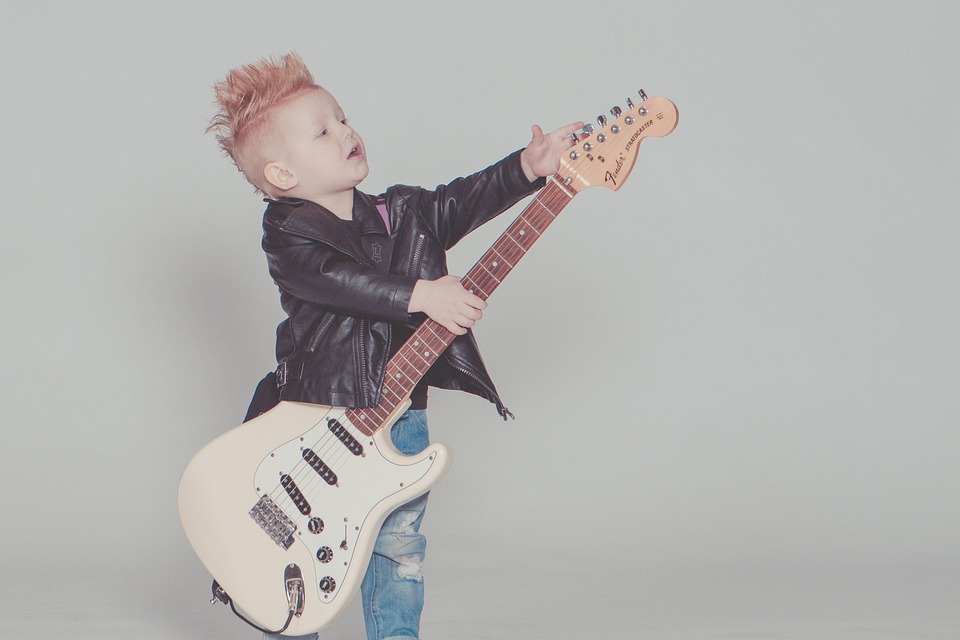 How the temporal lobe of the brain responds to music

This region is important in music processing and plays an important role in determining the pitch and volume of a sound. Brain damage to this region often results in a loss of the ability to hear any sounds at all (Wikipedia, 2021).

How the Broca’s area of the brain responds to music

The Broca’s area of the brain enables humans to produce speech. This part of the brain is used to express music. People who play an instrument may experience improved ability to communicate better.

How the Wernicke’s region of the brain responds to music

The Wernicke’s region of the brain comprehends written and spoken language. This part of the brain analyzes and enjoys music.

How the occipital lobe of the brain responds to music

This difference suggests that musicians have the ability to visualize a music score when they are listening to music.

How the cerebellum of the brain responds to music

The cerebellum coordinates movement and stores physical memory. This explains why patients with memory due to Alzheimer’s Disease can still play the piano if he or she learned to play at a young age. This is because piano playing becomes embedded in the memory.

How the Nucleus Accumbens of the brain responds to music

The nucleus accumbens lies in the basal region of the forebrain. It processes and analyzes rewarding and reinforcing stimuli and plays a role in addiction . It also plays a role in spatial and instrumental learning (Human Memory, 2021).

Dopamine is a chemical in the body that transfers information between nerve cells. It is usually called the feel-good neurotransmitter since the brain releases it under enjoyable situations.

Examples of times when dopamine is released when humans engage in enjoyable activities such as eating tasty food. Its release contributes to feelings of pleasure and satisfaction as part of the reward system.

Dopamine’s effect explains why music creates such a “high.” Dopamine

“Music can be a drug — a very addictive drug because it’s also acting on the same part of the brain as illegal drugs.. Music increases dopamine in the nucleus accumbens, similar to cocaine (Sugaya 2021 cited by University of Central Florida, 2021). 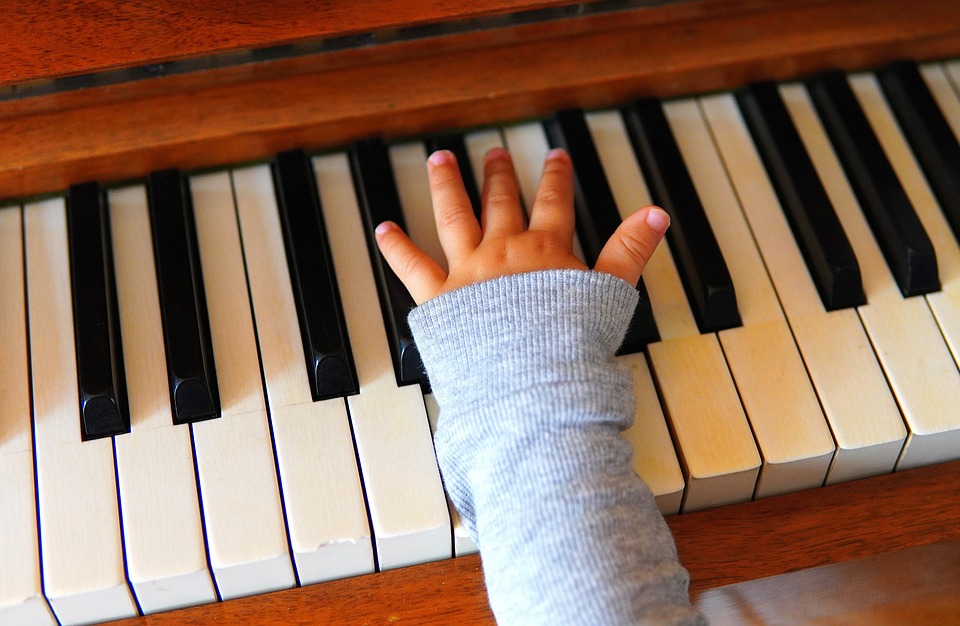 How the Amygdala of the brain responds to music

The Amygdala of the brain processes and triggers emotions. It is “the integrative center for emotions, emotional behavior, and motivation.” Intense emotions such as fear and aggression can result from stimulation of the amygdala (Wright, 2021).

“Music can control your fear, make you ready to fight and increase pleasure … when you feel shivers go down your spine, the Amygdala is activated” (Yonetani, 2021 cited by the University of Central Florida).

How the Hippocampus of the brain responds to music

The hippocampus is a complex structure. It is embedded deep in the temporal lobe and is the central processing unit of the brain. The hippocampus plays a key role in learning and memory.

It plays a role in navigation, producing and retrieving memories, and regulating emotional responses.

The hippocampus responds to music by producing new neurons and improving memory. It therefore keeps the brain young.

How the hypothalamus of the brain responds to music

The hypothalamus is a complex and important brain structure. Its role is to:

The hypothalamus responds to music, such as classical music, by reducing heart rate and blood pressure.

How the Corpus Callosum of the brain responds to music

The Corpus Callosum is the bridge between the right and left sides of the brain. It therefore allows these two areas to communicate. This communication allows body movement to coordinate, and facitates complex logical thinking (left side) and intuition (right side).

“As a musician, you want to have the right-hand side and the left-hand side of the brain in coordination, so they talk to each other … This allows pianists, for example, to translate notes on a sheet to the keys their fingers hit to produce music” (Sugaya, 2021 cited by University of Central Florida, 2021).

How the Putamen of the brain responds to music

This is your brain on music. When we listen to music, many different brain regions are activated to process what we’re hearing. The perception of sound and its tones is processed in the auditory cortex. This information is sent to the hippocampus where it evokes memories for the song and related experiences.

Sometimes we tap our foot to the beat of the song or even get up and dance. These functions are controlled by the motor cortex and cerebellum. Sometimes music moves us to tears as we
feels due to activity in our cerebellum, nucleus accumbens and amygdala.

Wem we know that our favorite part of a song is coming up our prefrontal cortex is activated with anticipation.

Music affects how we perceive things. In a 2008, study participants were asked to listen to short excerpts of emotional music and were then shown a photograph of a face. When asked to ate the emotional content of that face participants were more likely to rate it
according to the type of music they had just heard.

For example, happy music made happy faces seem happier. Sad music made sad faces seem sadder. Interestingly they also interpreted neutral expressions to match the tone of the music they had just been listening to.

Music is so closely linked to emotion that it can actually manipulate what we see. Listening to Mozart does not make you smarter. In 1993, a research team found that after listening to Mozart’s sonata for 10 minutes, people performed better in a spatial-temporal reasoning
task. This got misinterpreted and was widely reported on as an increase in intelligence. The myth that listening to Mozart makes you smarter began.

Passive listening to music does not improve your IQ or general measures of intelligence.

Learning to play a musical instrument can improve other abilities. Recent studies have shown that children who learn to play an instrument have improved motor and reasoning skills. They can more easily understand the spoken word, perceive emotions in the voice and multitask compared to their peers.

In fact, a study published last year showed that musical training may promote the development and maintenance of executive functions which are cognitive capacities that allow for planned
controlled behavior.

Even if it was generally upbeat and happy, surprisingly they didn’t drive best in complete
silence either. It seems that unfamiliar or uninteresting music is best for safe driving
number five overall music is probably good for our health.

Music releases dopamine, the feel-good neurotransmitter in our brain that is
linked to our reward system. Music not only makes us feel good but it can also reduce pain and
even help people recover from stroke or other injuries.

Listening to music during exercise can increase endurance and music can even improve symptoms of dementia. Music may not be the shortcut to making geniuses, but it does have more powerful effects on our brain and body.

University of Central Florida. (2021). Your brain on music. Retrieved from https://www.ucf.edu/pegasus/your-brain-on-music/