What are 5 benefits that children experience when they listen to music?

This article explores five benefits of music for childrne listen to music.
We often hear and enjoy music. We’ll explore the effect of music on children’s happiness; health; learning and memory; mood; IQ and academic performance; and verbal intelligence.

Music gives a soul to the universe, wings to the mind, flight to the imagination, and life to everything. Plato

Listening to one’s favorite music can contribute to a natural boost in your mood, helping you feel happier in that specific moment in time. You don’t have to listen for too long either.
as just 15 minutes of listening to music can cause the desired response in the brain to
help you feel better.

This is because the act of listening to music, which is pleasurable, releases dopamine in the brain, making you feel happier and more excited when you do. Therefore, if you ever want a small pick me up, just put on a track you like and enjoy the moment.

Dopamine is a very important hormone that the body needs in order for people to feel good. The brain releases it under enjoyable situations, such as when music is played.

According to Psychology Today (2021), dopamine can produce effects on children which include:

Parents and caregivers can therefore apply this information by using music to calm children, improve their mood, and to help them to eat. The list goes on.

Music directly impacts the hormonal balance in your body. This can have a significant impact on your health and wellbeing on a day-to-day basis. For example, listening to music can decrease levels of cortisol in the body. This will significantly lower the level of stress you feel and improve your overall well-being.

Stress is a big factor in illness and disease. Therefore, if you can reduce stress in your life, you’re more likely to stay healthy. Studies have shown that people playing instruments or who sang, had boosted immune systems compared to the people who were passively listening, though both showed improvements. 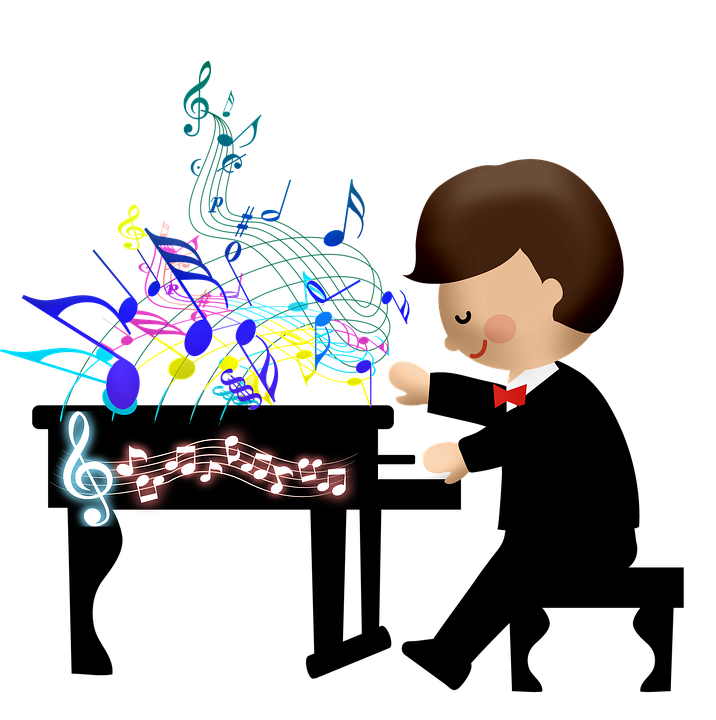 Research has found that listening to music can help you learn and recall information more efficiently, although it depends on the degree to which you like the music. For example, a study showed that musicians actually learned better with neutral music, but tested better with music that they liked.

On the other hand, non-musicians learned better with positive music but tested better with neutral
music, thus flipping the benefits of music in various circumstances. However, having non-distracting music can aid your learning and memory, helping you to perform better in different circumstances depending on what you are doing.

As we’ve already established, music has a direct effect on our hormones and therefore can even be considered a natural antidepressant. This is, as we listen to music, the brain releases serotonin and dopamine to help you feel happier. Additionally, music can also evoke feelings of euphoria as you listen.

Music can significantly help the more than 350 million people worldwide suffering from depression. It can also help those experiencing insomnia. However, what you listen to is key. One research study found that while classical and relaxing music increased positive moods, techno and heavy metal made people feel worse.

“Music expresses that which cannot be said and on which it is impossible to be silent.” (Victor Hugo)

Research has found that listening, and more specifically, learning to play music can have a great benefit on a young child’s IQ and academic performance. The study examined a group of 6-year-olds
who took the keyboard, and vocal lessons for 36 weeks. The results showed increases in IQ and improvements in educational test scores.

Interestingly, it was the singing group that showed the most improvement. it is therefore recommended that you listen to music, and sing along if you can, in order to experience amazing benefits to you in your life.

Canadian scientists at the Baycrest Centre for Geriatric Care (2011) discovered that music training in preschoolers can improve their verbal intelligence. These results were achieved after the children participated in twenty days of classroom instruction using interactive, music-based cognitive training cartoons. The study was conducted over a four-week period. Each group of preschoolers received two training sessions daily, each lasting one hour.

The lead scientist, an expert in neuroeducation, reported that this remarkable effect occurred in almost all of the children.

Method of the study

The children were divided into two groups. One group received cognitive training that was music-based. This training involved a combination of motor, perceptual and cognitive tasks. It also included education on music rhythm, music pitch, musical melody, voice, and basic musical concepts.

The researchers delivered visual art training to the other group. This training focused on the development of visuo-spatial skills. The children were taught shapes, color, line, dimension and perspective.

On completion, the researchers tested the children for verbal and spatial intelligence before and after the training. The Wechsler Preschool and Primary Scale of Intelligence (Third Edition) was to collect the data. Brain imaging was assessed using non-invasive electroecephalography (EEG) which measures the time course of brain activity.

The Wechsler Preschool and Primary Scale of Intelligence tested verbal IQ. It specifically assessed the children’s attention, word recall, and ability to analyze information and solve problems using language-based reasoning. Brain imaging enabled researchers to detect if functional brain changes had occurred as a result of the cognitive training.

Results of the study

The preschoolers were re-tested five to twenty days after the end of the training programs, The researchers did not find any significant increase in verbal intelligence or brain changes for the children who participated in the visual art training module.

However, 90% of the children in the music-based, cognitive training group displayed intelligence improvements in vocabulary knowledge, as well as increased accuracy and reaction time. The results were five times larger than the other group. The children in the music group also showed brain changes that co-related to their enhanced cognitive performance.
In the words of Dr. Chau, Senior Scientist at Bloorview Research Institute and Canada Research Chair in Paediatric Rehabilitation Engineering:

“The results of this study strongly affirm the resonance between music and child development, and encourage us to think of music not just as a medium or tool through which treatment might be delivered, but as the treatment itself.”